Godzillavilla sits in the most beautiful of landscapes. With pear and fig, a bounty of delightful wild irises, and a billowing cloud of cherry blossom in the spring, it’s hard to believe that evil lurks in their very midst. I could be talking about the biancaspine (black locust). I will actually talk about them another time.

But no, this form of evil is such a good actress, the first time I saw it as a small vine I thought, my how delicate and pretty that is. Such innocence.

It sports a wee white flower in spring, to add to the deception.

It was very hard to imagine, when I first laid eyes on this sweet thing, that it bore any relation to the Tarzan-sized vines that dripped from all the trees, right to their crests, the stalks the width of my arm. But, like Rosemary’s baby, these young mites grow into true horrors.

All grown up and taking over the valley.

This weed, which the locals call glycine (wisteria) but which looks more like a clematis with super powers, had plenty of time to take over the property before we bought the place and began our machete war against its tyranny. My mother, who was a master of the quaint phrase, would no doubt refer to our feeble efforts as ‘farting against thunder’.

None-the-less, we hack away every year with the intention that it at least won’t get any further. Despite the obvious futility, it feels noble.

Creeping its way towards villa domination.

This used to be an open orchard.

Waves of evil: what looks like ground cover is actually the vines that have formed a canopy over the entire orchard, killing everything underneath.

Ain’t nature grand? That willingness of the land to produce the lush growth we prize for our loveable plants turns out to be completely without bias; it nurtures the nasty just as vigorously as the lovely. Some day we’ll pay someone who has the proper equipment – full vegetation hazmat suit with face screen, and a diesel-powered weed-whacker with a deadly steel blade – to get rid of it totally. Until then, we grab our machetes and think noble thoughts.

I’m at my sister’s country house in Nova Scotia, a classic old salt box she and her partner have been lovingly bringing back to glory. Yes, it runs in the family. We’ve been having lots of fun talking room plans and extensions and all the endless possibilities.

I’ve been noticing that, besides the obsession with the space itself, the other things that draw them to this place are the same as those that draw me to Godzillavilla: the helpful community, the beautiful landscape, the sense that when they’re here, things move at a different – better – pace.

Classic maritime salt box, with a summer kitchen bunged on the back.

The old barn. Those of you who share an addiction for charming ruins will be falling for this even more than the house. 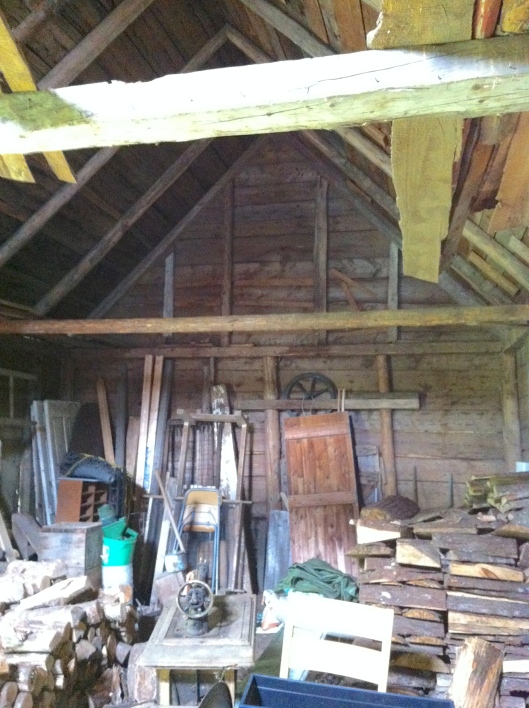 Inside the barn. It has great acoustics for east coast music nights, a social staple. After a bit of clean-up!

Restored beams inside the house. A huge task.

Part of the grounds – a babbling brook. Very zen.

And you thought I might be talking about an old rock group. Nope. Just in case you didn’t get enough of a workout trying to figure out which window options were going to be best, here’s your chance to think about doors, too. Three entry doors need to have decisions made about their surrounding frame. We’re not even talking about the actual door itself yet, just the way we finish the hole. And yet…this too is important.

Door number one is the main entrance. Door number two is right beside it, and leads to the old torre (which will remain a garden shed at ground level). Door number three we’re not even looking at yet, because it’s the one off the kitchen. Yes, it’s that one that used to have a bathroom attached until Marcia became a demon with a sledgehammer and removed the room. We’ll deal with that later.

The main entrance (middle), with the shed/torre entrance to its left.

The shed doorframe magically holds together with very little mortar, like old teeth you expect might pop from their gums at any moment. 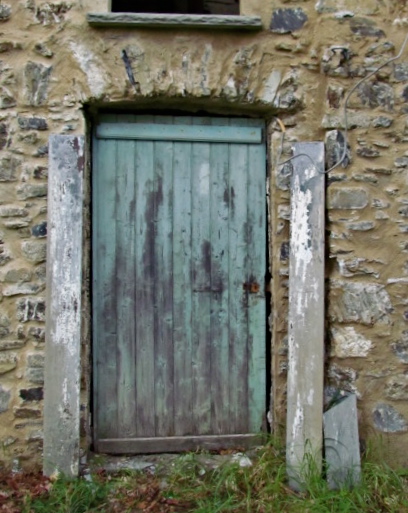 The main door. Those slabs of stone at the sides used to constitute the frame, but on their skinny edges (you can see it in the top photo, where they are still intact). They fell out, and revealed a nice curve at the top. I like the width of them the way I’ve set them on either side here to check proportion.

Now for some examples of what other people have done with their doors, to see how confused we can all get. 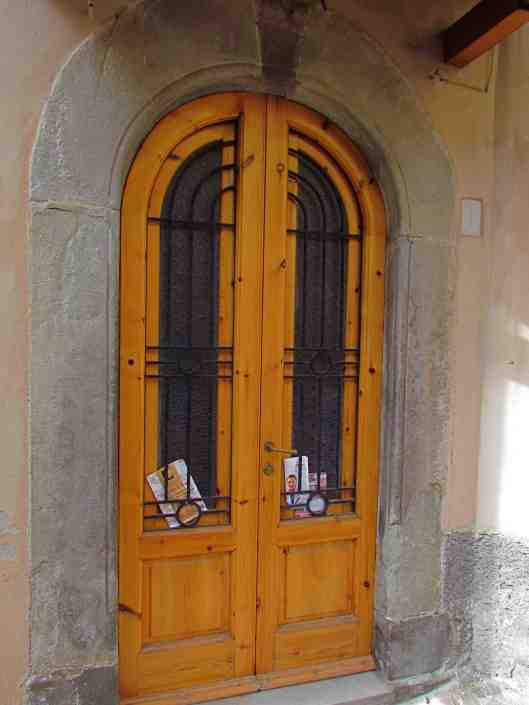 The width of this surround gives the door a great presence and balances it. I like the roughness of the old stone, which looks like it’s seen a thing or two. Beautiful, subtle details in the little groove and the rounding of the inner edge, as well as the wedge in the centre of the lintel section. 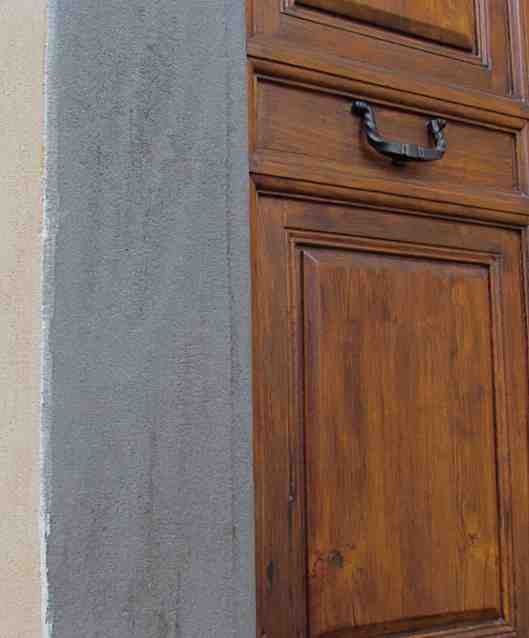 Another door with the edge detail.

This place, showing off again (it’s in Varese Ligure). The lintel shape is similar to Godzillavilla’s with that slight curve, but our doors have a more stout proportion (dare I say short and wide?). The wedge detail looks good here, too.

A rough stone frame, also on the thinner side. I know people say one can never be too thin (or too rich), but I’m not sure the rule applies to door frames. Might work for the shed.

And last but not least – although a little too rustic for the main entry, this has gobs of charm for the shed. Its framing stones are ten times the size of our shed’s puny little old-man-teeth stones. We do have plenty of larger chunks on the property if we wanted to remake it, though.

That’s it! Comments, please. Someday we will even get to agonize over what kind of doors go inside these lovely holes we’re working on.