Continuing in our mission to prove how much can be accomplished by a determined woman with a tiny sledgehammer, our new acolyte Marcia amply demonstrates that nothing can stand in the way of a will to destroy! Flush with our victory over the ceilings, and restless because the riding trek we’d planned for the day had been cancelled because endless rain had ruined the paths, she decided to have a go at that bathroom we’ve been wanting to remove off the side of the house.

First a sleepy resident salamander has to be given the bad news about his home.

Wielding our weapon of mass destruction. Shock and awe! 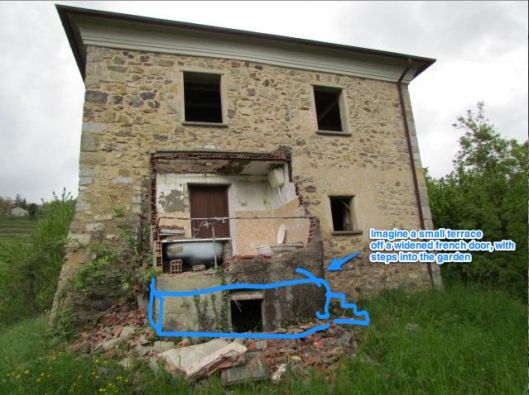 Removing the plumbing fixtures requires something more than a sledgehammer, but the concept is now revealed.

You may recall, this view of the future kitchen used to look into the bathroom. Think french doors and (perhaps) a wider opening. 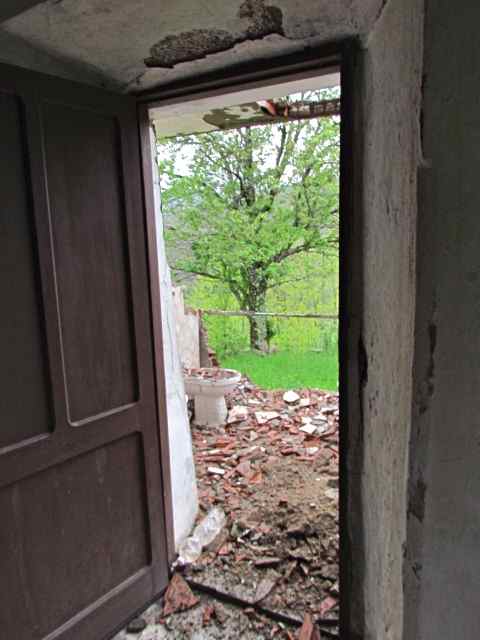 View from the future kitchen sink. Except we’ll remove the bidet. Probably! The Supplicant Angel is under the cherry tree beyond.

I spent the day with a machete, massacring the humungous vines that smother everything on the property. To each his own! More about that later.

6 thoughts on “Triumph of the Sledgettes II”